The current state of Pittsburgh DIY music culture is in-part a direct result of the kind people in Short Fictions. After the fall of many emo bands and labels in the Mid-Atlantic and Midwest regions over the past couple years, Short Fictions has managed to stand tall, and represent PGH like none other. Known for their notorious 4 song (5 songs if you’re lucky) sets, they set out to deliver meaningful narratives every time they hit the stage. In Fall 2017, they released their second EP, The Heart is a Kaleidoscope, which was received well by fans and critics alike. The Pittsburgh City Paper has gone on to describe the record as “a math-pop journey with emo honesty and indie-pop sophistication.”

Their persistent drive and wholesome efforts to keep music alive in the community really sets them apart from others, making their music all that much more enjoyable when you are there for it.

Outside of recording and performing, Sam Treber and Alex Martin run You’ve Got A Friend in Pennsylvania, which consistently brings in great acts to the Pittsburgh area. 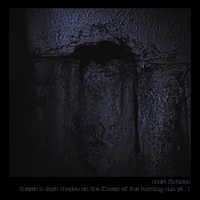 Short Fictions - There's a Dark Shadow on the Flames of the Burning Sun Pt. I 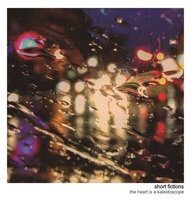 Short Fictions - The Heart Is A Kaleidoscope