After some encouragement from a friend and showbooker, Erin Silva decided to enter the Wilmington music scene in 2013. Up until then she had written music in her bedroom, but did not necessarily see it growing into anything more than that. Next thing she knew, she was performing solo when she could and playing in other local bands.

By 2017 Erin was ready to formally assemble a band of her own and put a name on what she had worked up to over the years. Using the tracks that Erin had on hand at the time as a foundation, Eyebawl emerged as a garage punk trio in 2018 with the release of debut EP Gutterbawl. The gritty 5-track EP digs into the tragedy of young adulthood and speaks of events that took Erin over 10 years to process. Partnering with indie label Crafted Sounds through recommendation of local favorite Grace Vonderkhun for the release, the band was able to solidify their presence in the Wilmington scene and begin to make their way around the region in other cities like Philadelphia, Baltimore, Washington D.C. and Pittsburgh.

The songwriting process changed for the band’s next release. According to the them, it was more free-form, fluid, and collaborative from the start. After hopping in the studio to record, Eyebawl returned with another EP in 2019 titled Never Again. This follow-up effort expanded upon the aggressive garage punk energy that was exerted in their previous recordings, and looked onward to a new era of the band. Over sludged-out bass and driving drum rhythms, Erin Silva’s distinct vocals and shimmering guitar shine. With praise from Bandcamp, Destroy // Exist, and others, the band was motivated more than ever before to keep doing the thing.

With EP2 out, and some more live shows in the bag, 2019 was well spent prior to the pandemic putting a pause on live shows and music in general. During 2020 the band took some time to reflect, and even reassembled, reforming as a four-piece in 2021. The current lineup includes Erin Silva (Vocals, Guitar), Andrew Benenati (Guitar), Jillian Willis (Bass), and Brian Bruce (Drums). Treading carefully in “the new-normal,” Eyebawl was eager to hop on some live shows as soon as possible. Firefly Music Festival must have caught wind because the band was asked to perform in September, and the band could not be more excited. 2021 is looking up!

Needless to say, Eyebawl packs a passionate punch in each and every once of their songs. Podcart phases it as: “There’s an indignation and fervour here that will call back to various 90s grunge stalwarts, but this is now and Eyebawl are the new class.” To put it simply, live in the now, and give Eyebawl a listen; it would be a damn shame if you missed out on them. 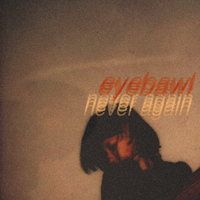 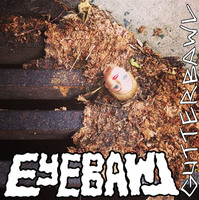